‘Openbaringen’ is now available in your local bookstore and online.
BUY GRAPHIC NOVEL

- A visual trip about doctor Xavier Miralles,
who’s losing his sense on reality because of his habits. -

When an impoverished neo-Nazi is found cut into pieces in his appartment, it is up to inspectors Elvira Muller and Andrej Ruzedski to investigate the murder. However, mass demonstrations out of control and opposing security services are making it virtually impossible. Somewhere else in the city is a doctor who drugs himself and starts to lose his grip on reality,
which eventually makes him a suspect in the case. 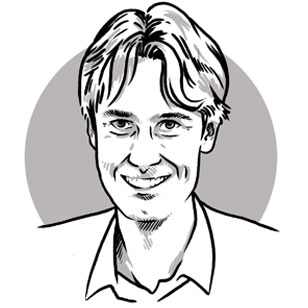 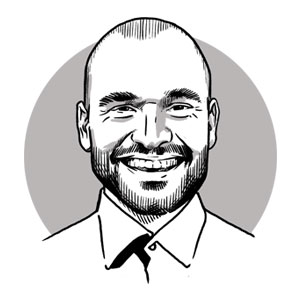 Miquel Bulnes, author of Openbaringen, worked with Job van der Molen on the graphic version of the novel. This is the first time a story comes out in both storytelling forms at the same time.

Miquel Bulnes made his debut as an author in 2003 with the ironic novel Zorg. His latest works are the successful historic novel Het bloed in onze aderen, nominated for the Libris literature award, and Reconquista. Ever since his discovery of the Sandman-series by Neil Gaiman, he has wanted to write scenarios for graphic novels.

Job van der Molen is an illustrator and artist from the Netherlands. He has worked for many clients in online and offline media, such as HP/De Tijd, NRC Handelsblad, Korn Ferry and Maarten!. His project 'Insect army' is included in the digital collection of MoMA in New York.  Ever since Job was a kid he was drawing comics, years later he discovered the work by artist like Juanjo Guarnido, Craig Thompson and David Aja, they inspired to tell stories visually.